It has come to this.

We were doing so well on the auction cheating. You know, people making private offers on rare items to get sellers to end an auction early, cheating the seller out of their true value and the other potential buyers out of a chance to bid. The thing that's all I ever talk about in these columns anymore? Yeah, that cheating. I was really starting to believe I wouldn't have to take this any further.

I hadn't seen it happen for several months, so I foolishly dared hope that everyone might have grown up and decided to play fair from now on. Then I saw an auction for a computer and a bunch of rare software, the sort of thing where it was clear the seller did not know the rarity, simply because it was all being sold together in one lot. I contacted the seller and warned him (as I still always do), and while he kept the auction running, he did tell me he'd gotten two offers to end it early.

Then, in the same week, another collector pointed me to an auction where a cheater had succeeded in conning the seller out of a really rare game. This collector started a thread on the subject in a retrogaming discussion group, and the cheater actually replied to his post, making him the first of these pukes to show his face. (Scroll down, find the post by "dlfrsilver".) He fully admitted what he'd done, whined the typical lame excuse of, "Old games aren't worth that much!" (despite the fact that HE paid a high price himself), tried to call honest collectors the cheaters just because they bid high, showed no remorse, and was basically a complete dickhole about it. This is the kind of specimen we are dealing with.

In my first column on the subject, I explained why this sort of thing is unfair and wrong, and asked people to please stop doing it. The second time, I faked an auction and caught one of the backdoor bidders red-handed. Wait'll you hear what I did THIS time. OOOOHHH, are some of you ever going to hate me after this!

I posted another bait auction, using yet another unwanted account from someone I knew. (I have dozens of these I can call up, I will never run out.) I'd learned from the mistakes I'd made the first time. This time I mixed some chaff in with the wheat to make the lot look more realistic, and I included pictures. I pulled items from the Shoppe, from boxes of non-collectible stuff I hadn't gone through yet, and even unbagged some items from my own collection to photograph them. I used my photo-editing software to crappify the pictures so they wouldn't look like they came from my camera.

One guess what happened when I posted the auction.

Private offers, two of them, in a matter of hours. Except THIS time, instead of immediately blacklisting the cheaters, I played along. I eagerly agreed to end the auction early for their prices. "Sure, sounds great, WOWWWW I had no idea anyone would pay this much for this old stuff!! We almost just threw it all out!!" I was a complete fucking idiot. B-)

Of course I didn't close the bidding right away, I waited until they went through with their side of the transaction. I didn't let either of them know anyone else had made private offers. I sent them invoices, and both of them paid without thinking twice. I accepted these weasels' money with absolutely no intention of delivering their items.

I cheated the cheaters. >B-}

I knew that because the transaction took place outside of the auction site, there was no way they could ever go back to them to complain. ("I broke the rules to buy this item, and this guy robbed meee!!" Heh.) But naturally, there were still a few complications, such as the matter of getting payment. A check or money order would take too long, leave a clear paper trail, and I'd have to provide a physical address for them to send it to. Besides, I'd set the auction up to only take online payments -- something else I learned from the first auction after a half-dozen or so people asked -- so it'd look suspicious if I backed away from that now.

So I had them use an online payment service. Instead of telling them how much to send, I initiated the transaction, I sent them the invoice. I classified it as an electronic cash payment, instead of a purchase of merchandise. That way, the payment service I used wouldn't offer them the money-back guarantee if they weren't satisfied with their items.

Of course, no items were never going to turn up. So in order to prevent them from filing a claim over this, I knew I had to deliver something. I found some old crap lying around, not even game-related crap, just CRAP crap. I divided it into two equal lots, boxed it up, and I sent it to my cheaters using a trackable shipping method. When they tried to complain to the payment people, I simply provided them with the tracking number, which they could easily enter on the delivery service's website and see that yes indeed, a package had been delivered from my zipcode to their address.

The payment place had no record of the contents of the package for them to go back to. They couldn't even leave a negative comment about the transaction. Both of my cheaties were left completely, utterly, royally FUCKED. One of them was even in a different country, leaving him with even fewer options. When it was all over I walked away with almost $400 between the two of them.

An open message to all auction cheaters:

This is the last column I will ever write on this subject. I am THROUGH playing games trying to stop this behavior using reasonable methods. From now on, every time I see a good auction end early, or even hear that you TRIED, I will post another trick listing. If you try to cheat me, I will try to cheat YOU. That is the way of things. Eventually people will get so paranoid about losing money that they will start doing things the honest way, the only way that offers you even a shred of protection.

Now then, a lot of you are probably outraged, and about to e-mail me and tell me how wrong I am. That by doing this, I am just as bad as the cheaters. But, at the risk of sounding like a five-year-old on the playground, they started it. Look at it this way: I cheated cheaters. These people do not understand any other language. They know was they are doing is wrong, and they do not care. They have chosen to live by this method, so they will die by it. I tried everything else I could think of to get through to them. The nice way did not work, so now I have moved on to the fun, profitable way.

WAIT-WAIT-WAIT! Before you hit send on that hate-mail, let me just ask one last thing... Does anyone believe I actually did this?

Seriously. Take a look at the date on today's article. As long-time Shoppe visitors know, I am notorious for using these columns to pull pranks on this particular day. Is this one of them? B-)

On the other hand, I've pulled some pretty shocking stunts in the past, things people never expected from me. You know I can get a little bit crazy at times, and you all know exactly how much I hate being cheated. And you know from my anti-counterfeiting columns that I possess a certain... thirst for vengeance. Who among you can honestly say with absolute certainty that you know I would never, EVER go this far?

I guess the only way we'll ever know for sure is if the (hypothetical) cheaters decide to come forward and post proof of my actions in SWCollect or some other public forum. I wonder, would a cheater fully admit what he'd done, expose himself in front of every big-name collector on the planet and risk being shunned, blacklisted, having a big red letter "C" tattooed on his forehead, all in a most likely futile attempt to get back his money from a transaction he initiated that was inherently dishonest to begin with? I guess we'll find out. Assuming any of this even happened, that is.

But please, friends and fellow collectors, don't worry about me ever pulling this on you. As I've always said, honest people have nothing to fear from me. Only the cheaters and scammers. Come on, you can trust this honest face, can't you? 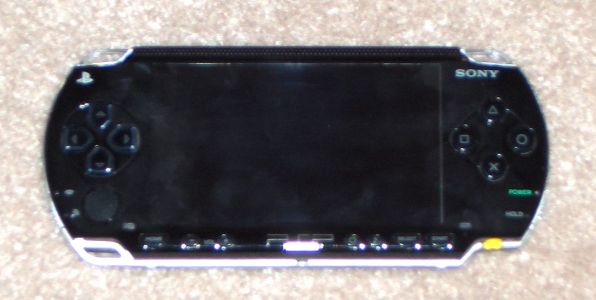 Okay, everybody over to SWCollect for another shouting match. B-)